Something British Monday #7 - Pride and Prejudice 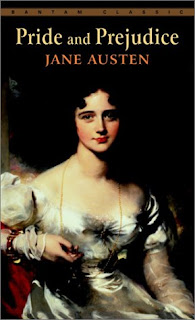 Firstly, I would like to take this opportunity to apologize for my absence over the past week. I've been focusing on editing and preparing my newest novel (The Trouble With Love) for publication.

With that said, now lets move on to Pride and Prejudice.

I love Jane Austen's Pride and Prejudice. I first read it while attending an English Literature class in my first year of college. And I fell in love. I fell in love with Mr. Darcy, with the wonderful Elizabeth Bennett, with Austen's sense of humour, and quite simply, the story itself. 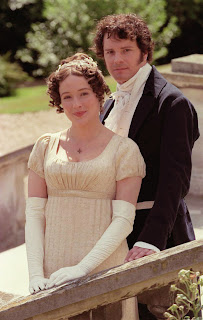 There have been many film and TV versions of Jane Austen's Pride and Prejudice, but my favourite would have to be the BBC version starring Colin Firth and Jennifer Ehle. It was exactly what I had imagined while I had read the novel. They followed the novel beautifully, with minimal changes to the script so as to be unnoticeable.

I must confess, that I watch it at least once per month.

What about you? Have you read Jane Austen's Pride and Prejudice? Did you enjoy it as much as I did? Which film version is your favourite?
Posted by Unknown at 11:01 am